Glory be to the Father, to the Son, and to the Holy Spirit, 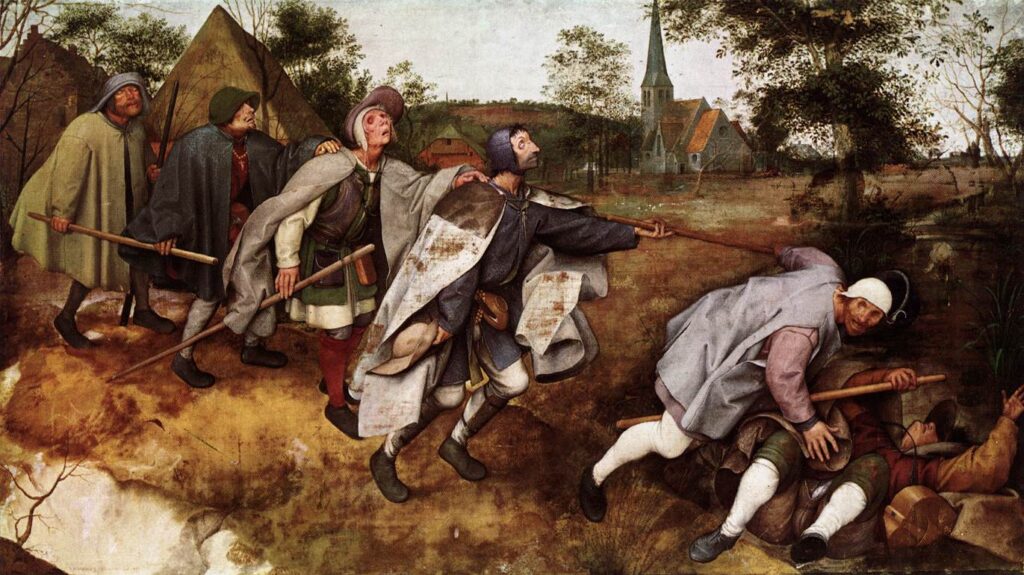 In our Gospel reading today, the disciples asked a question of our Saviour.  They framed their question in such a way that sounded like others were offended, which was true, but the fathers tell us that they were also hiding the fact that they were offended as well.  Therefore, they were rebuked along with the Pharisees.

We see in Christ’s response, that different offences are to be treated differently.  In June of this year, we looked at a time when Jesus chose not to offend over the collection of the temple tax.  We see then that when our words or action cause offence, we must discern whether that offence is needful or can be avoided.  In this case it is needed because those offended were misleading others.

In the preceding verses to our passage, we read about how a certain tradition had caused a transgression of God’s law.  The teaching of the Pharisees and elders of Israel were causing there to be a misleading of the people.  For this reason, Christ is not concerned that offence has been given, but that the teaching would match what God intended.  This rebuke was given for the purpose of restoration.

St. Chromatius explains that what the Pharisees had done was to arrogantly transgress the divine law. Then they planted their own precepts in the place of God’s and desired that these precepts would be observed as Divine law.  In essence they were taking the place of God.

Human precepts and laws are not planted by God but by men and will be uprooted.  The Church fathers parallel these precepts of the Pharisees with the teachings of heretics.  Both the teachings of the heretics and the Pharisees would not last because they have their root in the devil and not in God.  They may spread their branches for awhile and seem great, but in the end, they will be uprooted.

A few months ago, I was listening to someone recount their conversion to Orthodoxy.  They had a question about a teaching or controversy.  (I can’t quite remember which particular issue).  They asked the priest about it and his response was that this particular problem only lasted about 80 years so not to worry about it.

False teachings will be shown to be false by their brevity.  We have seen this as we have studied Church history.  Take Arianism for example, it was a real struggle for several hundred years of the early church but eventually it was rejected by everyone.  It has been attempted to be reintroduced several times in the hundreds of years since but keeps being ultimately rejected.  However, it has no longevity. Arianism has been planted again and again.

Guard Ourselves Against Heresy

We are to leave heretics alone.  They will receive the consequences of their false teaching.  In the words of the parable, they will fall into the pit.  However, at the same time, we need to avoid being guided by these blind persons.

We have the teachings of the Scriptures and the Fathers, and we should listen attentively and with caution to those who teach and apply a healthy judgement to what they say.  We are not to do this with a critical spirit, but just the same as a man with sight would walk down the road.  Our sight is the Scriptures and the teaching of the Church that has been handed down to us from the Apostles.  We do not wish to appear blind as well.

St. Theophylact of Ochrid also points out that it is not spiritually harmful to us to give offence to those who willingly take offence and those who incurably bad.  In other words, if people wish to be offended or do not wish to repent then we do not need to worry about whether we are offending them.

Jesus asks St. Peter, “Are you also still without understanding?”.  This understanding is that which purifies or defiles a man must touch the heart.  Things that only touch the stomach cannot purify or defile us.

Diet an Aid to Godliness

It is also interesting to note that Israel was not under dietary restrictions until after they had worshipped the golden calf.  St. Chromatius of Aquileia explains,

Those necessary things were forbidden by the Lord, so that with the best food having been denied and their immoderate appetites mortified, the people might abide more easily by the discipline of divine observance….Concerning them, as though to rebuke this stiffnecked people, the Lord made a mild and merciful pronouncement: “They shall be unclean to you.” Not that they are in themselves unclean, but “shall be.” Nor did he say “to all” but “to you.” He thus made it clear that neither were they unclean nor would they be unclean to people other than themselves.1

Israel’s dietary laws were put in place to help in their spiritual development, not to be a spiritual thing in and of itself.  This is the same with our fasting guidelines for the various fasts throughout the year.  When our diet becomes of more importance than seeking the Lord, we are encouraged to stop fasting.  Dietary restrictions are to help discipline us so that we can draw closer to God and not to be a source of pride that we can lord over others.

St. John Chrysostom points out the difference between the heart and the stomach.  The stomach deals with something that is temporary i.e., it only has a limited time.  We eat, receive nourishment, and it is removed from us.  He is not saying that eating is bad or anything to do with the body is bad, but that it is not eternal.

The stomach is fed from the outside, but the defilement from the heart proceeds from the heart.  Having gone out it defiles more and more.  Once it has been released, it is difficult to stop.  The fathers also point out that we must recognise that our thoughts come from our hearts rather than from our brain.  This is the principal place of action in our being.

Evil proceeds from within our hearts, what are we to do?  Origen encourages us to deal with it, before it has a chance to be spoken or acted upon.  Satan gives us suggestions and we have thoughts on our own.  As these things spring up within us, we need to deal with them.  Whether that means asking the Lord for mercy, or washing ourselves with the virtues, we need to do something.  The worst thing that we can do is to allow these thoughts to proceed out of our mouths and defile others.

First, if we are causing offence to others, we need to discern if it is being caused to those who are being offended willingly.  If it is because of the way that we are doing something, then we should remedy our actions.  However, if someone is not wishing to repent or is desiring to be offended then we should leave them alone.

Second, we must study the Scriptures and the teachings of the Church so that we might not be blind.  We need to follow our leaders and Christ with sight not with blindness.

Third, we must never confuse dietary restrictions with spirituality.  They are a tool to help us draw closer to Christ they are not to be a source of pride.

Fourth, we need to recognise and deal with the evil that proceeds from our hearts before it goes out from us and begins to defile others.  Spend time in prayer, spend time learning to live out the virtues.

Finally, St. John Chrysostom reminds us that no one is forbidding general hygiene and eating food.  He tells us to do what is necessary as far as washing and eating and looking after ourselves physically. However it is even more important to clean and fill ourselves with what is fitting spiritually.