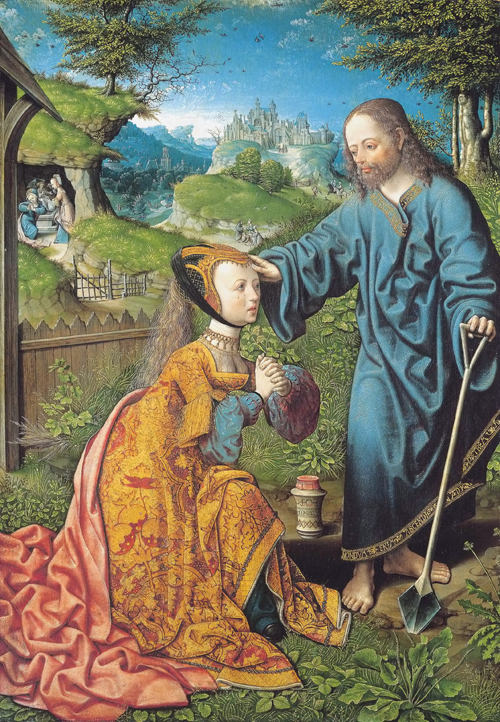 Barekmor – Glory be to the Father, the Son, and the Holy Spirit,

The most appropriate thing we can do on this day is to receive His Resurrected Body and Blood – remembering Him!  Feasting on Him and in celebration together around the table.  It has been a long journey through Lent.

This day brings a message of joy: it is the day of the Lord’s resurrection when, with himself, he raised up the race of Adam.  Born for the sake of human beings, he rose from the dead with them. On this day paradise is opened by the risen one, Adam is restored to life and Eve is consoled.  On this day the divine call is heard, the kingdom is prepared, we are saved and Christ is adored.  On this day, when he had trampled death under foot, made the tyrant a prisoner and despoiled the underworld, Christ ascended into heaven as a king in victory, as a ruler in glory, as an invincible charioteer.  He said to the Father, “Here am I, O God, with the children you have given me.”  And he heard the Father’s reply, “Sit at my right hand until I make your enemies your footstool.”  To him be glory, now and for ever, through endless ages. Amen.1

A Song of Praise for the Resurrection

He does not say anything about how the resurrection happened.  None of the other Evangelists give an account about it either.  I’m sure they thought, like us, that they were unworthy, even unable to talk about something so overpowering to the created mind. They do all record how the resurrection appeared to them – and how, after they were convinced that it had actually occurred, they declared it so publicly.

It wasn’t necessary to have understanding of how – but to be convinced.  They also record how willing they were to suffer for announcing it.  They were told to speak no more of it and rejoiced to ignore that warning.

10:35 But in every nation he that feareth him, and worketh righteousness, is accepted with him.

Then also the facts of our Saviour’s life that we should be following:

10:38 How God anointed Jesus of Nazareth with the Holy Ghost and with power: who went about doing good, and healing all that were oppressed of the devil; for God was with him.

And underscoring the Scripture and pointing all men to the culmination of all time and prophecy:

10:43 To him give all the prophets witness, that through his name whosoever believeth in him shall receive remission of sins.

This gate of the Lord, into which the righteous shall enter.

15:20-22 — But now is Christ risen from the dead, and become the firstfruits of them that slept.

For as in Adam all die, even so in Christ shall all be made alive.

St Athanasius, On the Incarnation: writing about 328, at the time of the Arian heresy and with many against him says …

“For since from man it was that death prevailed over men, for this cause conversely, by the Word of God being made man has come about the destruction of death and the resurrection of life.”2

He suffered in his flesh, but he did not receive the suffering in the nature of his divinity.  Man arose because man died.

The Fathers teach us that each and every event that happened to our Savior is an outward sign of the mystery of our redemption.  In this case, many parallels are drawn from the virgin birth to the resurrection from the closed tomb – to become the first born of the death.  The First Day of the week has been reordered because of the Resurrection.

The exact time of when the resurrection occurred is not given to us, but “early dawn” and “late night” seem to indicate around the same time, they come from different starting points.  St John records that St Mary Magdalene is the first witness, showing his high respect for her and for women – it was still dark when she arrived.  The Church of St. Mary Magdalene is a parish of the Anglican Church of Canada located in Toronto.  The text says “it was dark,” – it was certainly the end of the Sabbath – and, none but Mary found the Saviour there.

By this time in St John’s account, all that is recorded by Matthew had already taken place, the quaking of the earth, and the rolling away of the stone, and the terror of the guards – who were so frightened that they lay there like dead men.  It is the women, who demonstrate more faith than even the disciples,  Some of us discussed the open tomb – the Fathers agree, it was opened to let the news to be made known, not to let the Saviour out. 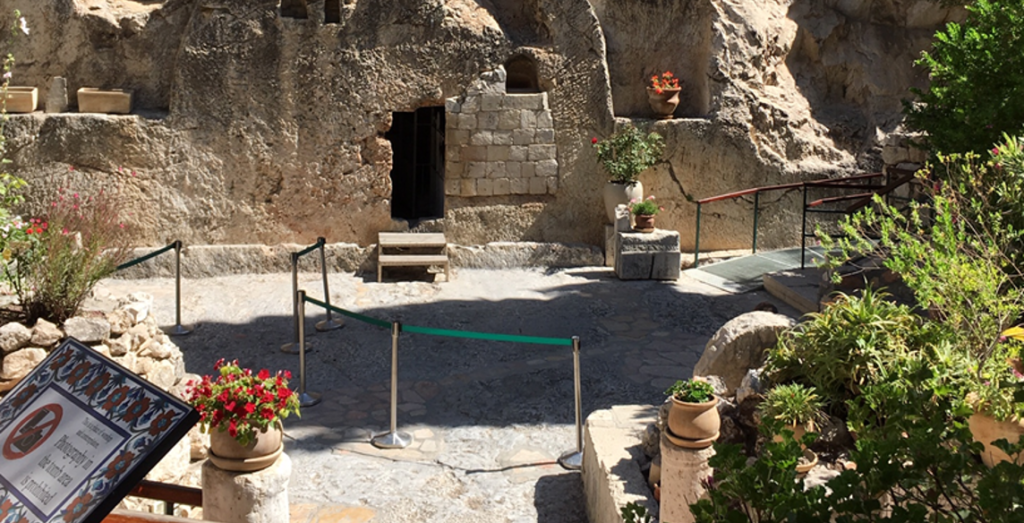 Because of human nature’s transgression in Adam, “Earth you are, and to earth you will return” was spoken to the entire human race in the first fruits of the race, and particularly to woman the sentence was pronounced, “In pain you will bear children.”  Because of this, it was imposed on the woman to be in sorrow as a penalty.

After the disciples went back home.  Mary, guided by her usual love for our Lord, stayed by the tomb and wept because she had not found the body buried there.  While she was weeping, as usually happens to one who has a deep love, she kept looking, in her astonishment, at the place where the body of the Lord had been placed.  While she took another look at the tomb— obviously she could not get enough of that sight—she saw two angels in white, one sitting at the head and the other at the feet [of the place where the body had been lying].

She saith unto them, Because they have taken away my Lord, and I know not where they have laid him. [VRS:14]

When she had said this, she turned around—and through a special privilege of grace—saw Jesus standing there, but she did not know that it was Jesus.  The two angels were there and Jesus at the same time – what a beautifully & frightening time for Mary who so devoutly loved Christ that even when he was dead she called him Lord – she was not unbelieving even when she thought he was dead.

Lifting of the Curse

It was appropriate, then, that the weight of the ancient curse was taken away by the voice of the one who imposed it, when Christ our Savior took away the tears of the woman, or rather of the entire female gender, in Mary, the first fruits. She was the first of women to be sorrowful because of the Saviour’s suffering and to grieve over it, and to be deemed worthy of the voice that stopped her crying.

Releasing her from the curse that subjected her to sorrow, he asks her to become the first messenger of the great good news and to tell the disciples the joy of his journey to heaven.  This was so that just as the first woman, who was the origin of all was condemned for being a minister of the devil’s words, and through her the entire female gender was condemned as well, so also she who served our Saviour’s words and announced glad report that leads to eternal life, might free the entire female gender from blame.

So the Lord grants to Mary not only that she stop crying and no longer have a heart that is easily inclined to sorrow but also that she have beautiful feet.  According to the voice of the prophet, “How beautiful are the feet of them that preach the gospel of peace, and bring glad tidings of good things!” though the first woman did not have beautiful feet, since she brought no good news when she advised our forefather to transgress the divine command. That Mary is worthy of admiration we may conclude from the fact that she was deemed worthy of mention in prophecy.

What did it say about her and the women with her who brought the good news of the Saviour’s resurrection to the holy disciples? “Ye women, who come from the sight, come hither; for it is a people that hath not understanding.” (Isaiah 27: 11 LXX)  This divine prophecy practically commands these women, who truly love Christ, to come quickly to announce the events they had witnessed.  It also condemns the Jews’ lack of understanding, since they ridiculed the message of Christ our Saviour’s resurrection.3

Jesus Continues where He Left Off

Zephaniah 3:8-9 – Therefore wait ye upon me, saith the Lord, until the day that I rise up to the prey: for my determination is to gather the nations, that I may assemble the kingdoms, to pour upon them mine indignation, even all my fierce anger: for all the earth shall be devoured with the fire of my jealousy.

For then will I turn to the people a pure language, that they may all call upon the name of the Lord, to serve him with one consent.

It is as he continues on teaching and revealing  – all the events connected. Nothing has been interrupted by the last 3-4 days of agony.

The Nature of Christ

He calls God his God because it was from him that he obtained his existence with other human beings.  And, because of his common nature [with humanity] he says, my Father and your Father, and, my God and your God.  He separated his person from other human beings, however, by showing that he had received a more excellent grace through which he is joined together with God the Word like a real son and must be honoured by all men.

The fact of the resurrection — it is an historical event, it is important to our faith.  There are so many details that are given – one of the greatest is the linen folded in one place and the head piece in another.  Think – myrrh and aloes were wrapped with the cloths a total of 100 pound weight.  The cloth was glued to the body. – to take time to remove is so carefully would be unthinkable while stealing it.  Actually, it would be practically, impossible to remove in one piece.  No, thieves or the Jews would have simply taken it, as they found it.  This neatly folded cloth is one of the greatest proofs of the fact of the resurrection.

When they looked at the issues of events in the light of the prophecies – that turned out true, their faith was from that time onward rooted on a firm foundation.  Christ, our God, is Risen from the Dead!