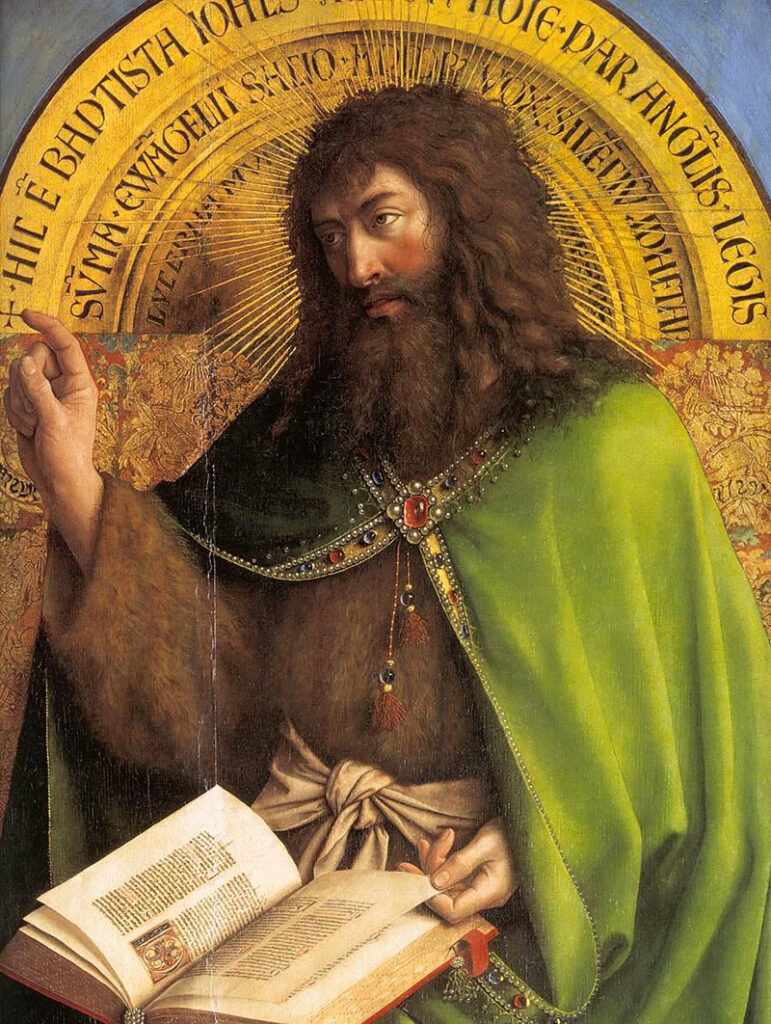 Isaiah 35:1-10  – this prophesy was fulfilled in Christ…The hot sand and deserted desolate places, will blossom and flourish…a deserted place called Bethsaida – means “house of fruitfulness.”  The northeastern shore of the Sea of Galilee is a fertile plain where the feeding of the 5,000 likely took place.  Peter, Andrew and Philip were from there – ¼ of the Apostles

Eusebius (260/263–340). Bishop of Cæsarea, the first historian of the Christian church explains

Concerning all these healings and renewal, there are more than ½ a dozen of the Fathers who say, Christ’s miracles were the literal fulfillment of prophecy.  Judah was even more awestruck by this grace of the Gentiles’ new conversion, a grace that it believed pertained only to itself and to those who were received in its rite through the mystery of circumcision, as the Acts of the Apostles made abundantly clear.

Hope enables us to endure until we are delivered

Hopeless people can’t survive.  An average of 10 people die by suicide each day in Canada, or approx. 4000 deaths by suicide each year.  It is the 9th leading cause of death in Canada and the 2nd leading cause of death for Ages 10-29.  This is the tragedy of youth who give up!  “There is hope” – that is the tagline for suicide prevention.  There is hope… We Have hope – we look forward – both for the Advent or arrival of our Saviour, but also for us. – it will be better, later.3

35:9 No lion shall be there, nor any ravenous beast shall go up thereon, it shall not be found there; but the redeemed shall walk there:
35:10 And the ransomed of the Lord shall return, and come to Zion with songs and everlasting joy upon their heads: they shall obtain joy and gladness, and sorrow and sighing shall flee away.

Hope for the Future

The other life brings the absence of all pain and sorrow – we have hope in the future, not in this life.  We are to live as a people with a future, having a destination that is not this world.

In the Psalm we also have reason to hope for our souls in the future…We should never doubt that the Holy Trinity, the only true God, is the Creator of all things, visible and invisible— as we read today.

“Happy is he that hath the God of Jacob for his help, whose hope is in the Lord his God:

Which made heaven, and earth, the sea, and all that therein is:”

As long as there is life, there is no cause to give up on salvation for life is open to all, until their last breath.  These promises and truths give us hope – both for now and also the next life.

Our Hope is in God

St John Cassian … late 4th century, his writings are on the nature of the spiritual life which were highly influential in the development of Western monasticism, says,

“For it is not free will but the Lord who “looses those who are bound.”

It is not our strength, but the Lord who “raises those who have fallen.”

It is not our diligence in reading, but “the Lord who enlightens the blind”

It is not our care, but “the Lord who cares for the stranger.”

It is not our courage, but “the Lord who assists (or supports) all those who are down.”4

We hope in God!

Remember and Be Diligent

Be patient then, St James 5:7-10, His coming is near and Prepare, be looking to the prophets – those who’ve gone before.  We must follow their lives as examples.  Our Icons are a snapshot of our hope and destiny.  There are records of their lives…Reading their own words can go a long way to strengthening your stamina.  In the library there are countless works of and about the saints who’ve gone before.

Now is no time to be slacking off.  Look up – your redemption is near, as our Saviour says in St Luke 21:28 The second Advent is upon us … anytime.

Christ Different than the Prophets

Even in the prison, word gets to St John the Forerunner – surely the town was in an uproar.  A spectacle like none other – who raises the dead and give sight to the blind?  Who restores lepers and makes the lamb walk or opens deaf ears?  Not St John the forerunner … and he had been the first prophet for hundreds of years and was in prison already.

We can’t allow ourselves to think that the days of Christ on earth were “ho hum”  Each day God was alive on earth was a spectacle for the angels and demons.  There was nothing was untouched by his life. The word of Him had travelled far – Spain, Africa and beyond.  It wasn’t like some guy, living unknown in Stoney Creek.  I lived here for 10 years – very, very few took any notice.

Not Doubting but Confirming

I’ve heard, as you may have, incorrectly, that St John had been doubting Christ was actually the Messiah…What rubbish – that kind of teaching shows a lack, my own lack, of following our Apostolic faith.  I would read it, think about it a bit and then tell others my own interpretation,  of completely inaccurate things.

In doing so, I defame St John, making him out to be a backslider …  The greatest born of woman.  If he was such a tail turner – why would our Saviour take so much effort to tell of his glories?  Certainly St John knew Jesus was the Christ – of course, he’d grown up on the same stories.  Elizabeth was his mother – surely she’d have raised him along with his devout father on the events taking place in their lives.

He wasn’t doubting, but confirming.  Having heard God from heaven declare that Jesus was His Son and having talked about Him for years – now he show’s his own followers that Jesus is the Messiah.  For them, he was able to say, “Behold the Lamb of God …”

Take No Offence in Christ

Christ conversely – tells St John’s disciples, you have seen for yourself.  Go and tell John that you believe – and take no offence in Me.  St John would not be offended, he was about to die for what he knew about Christ.  His words and actions were offensive – he had said many strong things.  Christ’s cross, death and burial were an offence to many.

And then he added pointedly, as St John Chrysostom says, “And blessed is the one who takes no offence at me.”  By saying this Jesus implied that he knew even his questioners’ unuttered thoughts.  For if he had said simply “I am he,” this would have fallen short of overcoming their unstated sense of being offended.

What happens? They’re converted…They go back and tell of Jesus’ words, the proof of healed people and the testimony of peace from those who had been set free from demons.  Real things happening, lives are changed, now they are walking and praising God.

They go back to St John and then our Saviour declares to those remaining, the meaning of St John’s mission.  He defends John to those gathered and explains what his life was about, how he was to be sent before Christ to make the way straight.

It wouldn’t be too much longer and St John will be killed and precede our Lord to explain to the dead that He is coming and thus continue his mission even after death.  He was much more than a prophet for in the womb he was filled with the Holy Spirit and bore witness.

The Ministry of John the Baptist

God actually gave prophesies about St John.  He didn’t just say Christ was coming, he pointed Him out.  Actually baptising God, in the flesh.  Not a mere man, not simply a prophet, but none greater was born of women, he was the messenger (or angel) that would announce the coming of the Lord.

Likewise, we have a spirit filled, miraculous promise of life.  God has come, in the flesh – through the blessed mother Mary.  We have salvation because she submitted to God with her whole life.  She gave up her own way – everything is about Christ in her life, even all the icons of her are only pointing to Christ.

The beginning of His humanity is just like ours.  John was always be pointing to His divinity – as we will one day share, becoming one with Him, as Mother Mary was, we will be, with The Trinity and each other – the one Body of Christ.

We have the incarnation because God planned her to be His vessel.  She was the only woman to ever be graced with such an honour from God.  All women will call me blessed, she said. We have the example of simple obedience from her.  She wasn’t seen often – but her Son is on every page.  We don’t have to receive notoriety for our Saviour to receive glory.

He has promised that His own Body and Blood is for our healing and strength.  As He commanded – do this as often as you eat it, we receive our sustaining bread, is the Manna from heaven – literally taken into our bodies.  We have been filled with resurrection life by the Holy Spirit and we have been sent before the Lord’s second return.

To do what …?  It is simple.  We are to do unto others as we would have them do to us, help the needy, cure the sick, open blind eye, comfort those who weep etc.  We all know the lists.  So while we are getting ready to celebrate the first Advent, we have also to think about the next.  Am I ready, am I following orders or just talking about them. There are very simple things to simply saying “Merry Christmas” every chance you get …